Around 1990 I worked at an antiquarian bookshop. I didn't get much money out of it, but I bought a lot of books. Some books contained ghost stories, some were horror books, some were books about hauntings, but nothing could have prepared me for this book. It wasn't scary in itself, it wasn't about hauntings, ghosts or anything like that, but when you started to read it you felt that someone was reading over your shoulder. Not when you put this book away and tried another one, it was just this book. I don't remember what it was about, just that it wasn't scary in itself. And I sincerely hope I got rid of it, but I don't remember that either. All I know is that I maybe have a book you'll have comapny reading and I don't know which one!
Upplagd av Gunnar i Gatan kl. 04:33 2 kommentarer:

A fellow member at Benno's wanted me to show some oak trees, maybe he thought I have model ones. Anyhow, living close to a little oakforest it's no problem taking some pics during a dog walk.

Luckily the sun is hiding some new buildings on the pic below. They are new and they are ugly and they are very light coloured! :-D

I have found an old map over this little forest from 1916. And on exactly this place it says Oak Hill House! I can very well understand the name, there are A LOT of oaks around it. These stones are all that's left of the house. My guess is that it was a normal house for the time, built early 20th century and gone mid 20th century. Nothing much, but a nice name.

Here we leave Oak Hill House to go home and have some breakfast.

There's something happening here, what it is ain't exactly clear. I am making a little series of scenes concerning the totally fictional German Medieval family von Strunten den Sammen. One late scene is already finsihed and shown here: ( http://bennosfiguresforum.com/viewtopic.php?f=2&t=16305&p=181227&hilit=stresojekt#p181227 ). But there is a lot more to tell about this family. I have started on the first scene, it is set sometime 1363 or early 1364. Here I show the main characters:

The father, Adalbert von Strunten den Sammen. Have been visited by two Swedish knights and they along with youngest son have persuaded him to go to war in Sweden.

The older son, Guthmund. Is against joining the war, but follow to keep an eye on his elderly father and that hotblooded younger brother.

The younger son, Siegmund. Is looking forward to the adventure and believe that the Swedish nobles will make them rich and famous.

Adalbert have also gotten word to his two brother-in-laws (they married three sisters). Lakritz von Vieluhr is an old friend to Adalbert and they have done a lot together.

Roun de Peliphant is the other brother-in-law. A couple of years younger than Adalbert and Lakritz, and living in France he haven't had the same contact with the older knights and he is a bit reluctant.

As does the neighbour Johannes von Lillemo.

The two Swedish knights are:

Probably more to tell next time.

The very small LittleBigHorn-library is growing. Very slowly and unsteady, but growing. Latest addition is Troopers with Custer by E.A. Brininstool. As with the other books I will read it. Eventually, got some other books to read too. 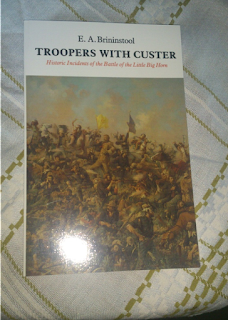 Hi again! This blog is apparently very much asleep. Have realised that the Gataskog-dio will be huge so it will have to wait a little. Maybe a couple of different scenes. I have a little djungle adventure going, set about 1900. I needed to make a djungle. Searched a little on the net and couldn't find anything that fitted more than palm trees, so I'm making my own djungle. Green paper, a pencil, scissors and a drinking straw for the plants. For the trees I bought two cheap plastic plants. I need to do more, but it's coming along. And Mr Butterbur is posing as a scale reference. 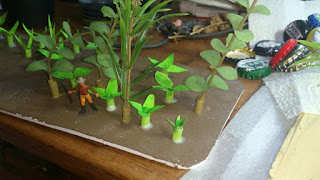 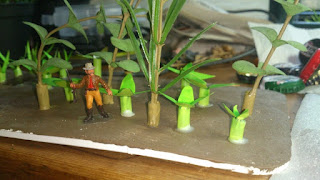 I added two more books to my very small LittleBigHorn-library. They look very promising. Maybe I even make a new dio about it some day. 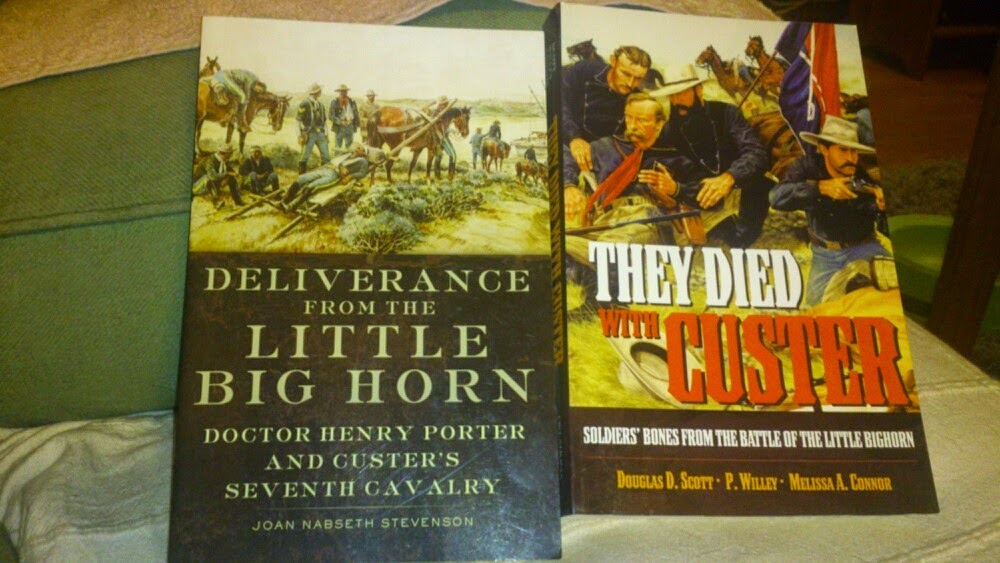 I've been working on this project for some years now and now I'm getting close to something. And since the original battle was in March 1365 I realise that I'm getting very close to some kind of anniversary. But I think I settle on finishing the dio for the real anniversary in 2365. I mean, that should give me enough time. I hope. Some pictures on the figures. The base is just painted yet and I realise I need more bases. And pics with the cellphone so not very good.

First the defenders, Swedes and Norwegians.

Last pic? Yes, I added bowstring on some of the archers. Have four left.

And the attackers, Swedes and Germans. And some casualties that I'm going to put arrows in.

That was all this time. See ya!